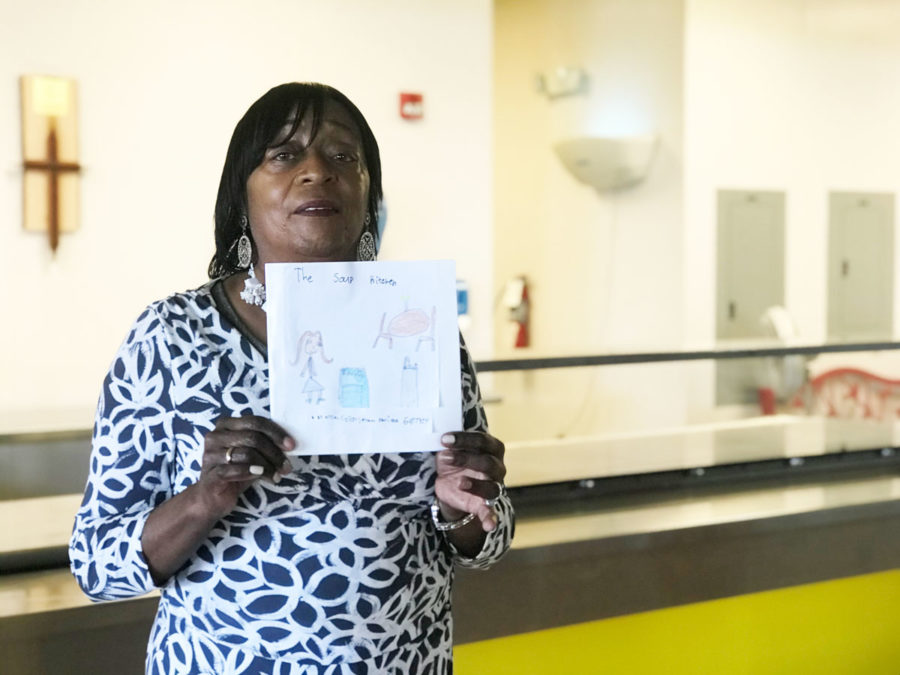 GivingTuesday, a global generosity movement, began in December of 2012 with one idea in mind – to create a day that encourages people to ‘do  good’. Lou Sartor, Executive Director of The Spartanburg Soup Kitchen, had a lot of good to speak about this holiday season, sharing stories of the kindness she witnessed throughout the holiday season. According to Sartor, it was as though she was ‘seeing miracles happen before her eyes’ and it didn’t start or stop with GivingTuesday. In October of 2019, Sartor visited Fairforest Elementary School to speak as a Community Leader. Sartor took this time to share the impact of The Spartanburg Soup Kitchen in our community with the 2nd graders. Shortly after, she received a call and was asked to return to Fairforest Elementary School on GivingTuesday. The 2nd graders of Fairforest Elementary School were so inspired by the stories Sartor shared, that they decided to dedicate time collecting socks and hats to donate to The Spartanburg Soup Kitchen. In addition to this donation, the 2nd graders made a book about The Spartanburg Soup Kitchen and the impact it has on our community. Sartor was in awe over the kind and caring actions of the children of Fairforest Elementary. In addition to the generosity of these students, Sartor shared a story about a four year old boy named Joseiah. After learning about The Spartanburg Soup Kitchen, Joseiah was determined to help. He dedicated his time to doing chores and saved his money, earning twenty dollars by the end of the year. He then took this twenty dollars and donated it to The Spartanburg Soup Kitchen. Sartor was amazed by this young boy’s selflessness stating “that twenty dollars meant more than twenty thousand dollars could, because it came from Joseiah’s tender, young heart.” In addition to these acts of service, Duke Energy donated stuffed animals for the children of The Spartanburg Soup Kitchen and The Harold Journal highlighted the Spartanburg Soup Kitchen in two articles. The last story Sartor shared was about Joseph H. Fox, writer of the book Born Blind but Saw the Light. Fox received meals from Mobile Meals but Sartor made it her mission to ensure Fox received meals on the few days a year Mobile Meals did not deliver. Sartor personally made carry out plates and delivered them to Fox. To express his gratitude, Fox gave Sartor a dedicated and signed copy of his book for Christmas to express the gratitude he has for Sartor’s actions. As Sartor spoke about each of these impactful acts, it was clear to see her caring dedication to this community and all the people in it. Sartor has only one hope for the new year. Her hope is that these stories will encourage people to not only “do good” during the holiday season but to continue the giving spirit she witnessed, all year long.

Previous PostCommitment That Never Waivers
Next PostHow Has Your Community Contributed to Spartan...