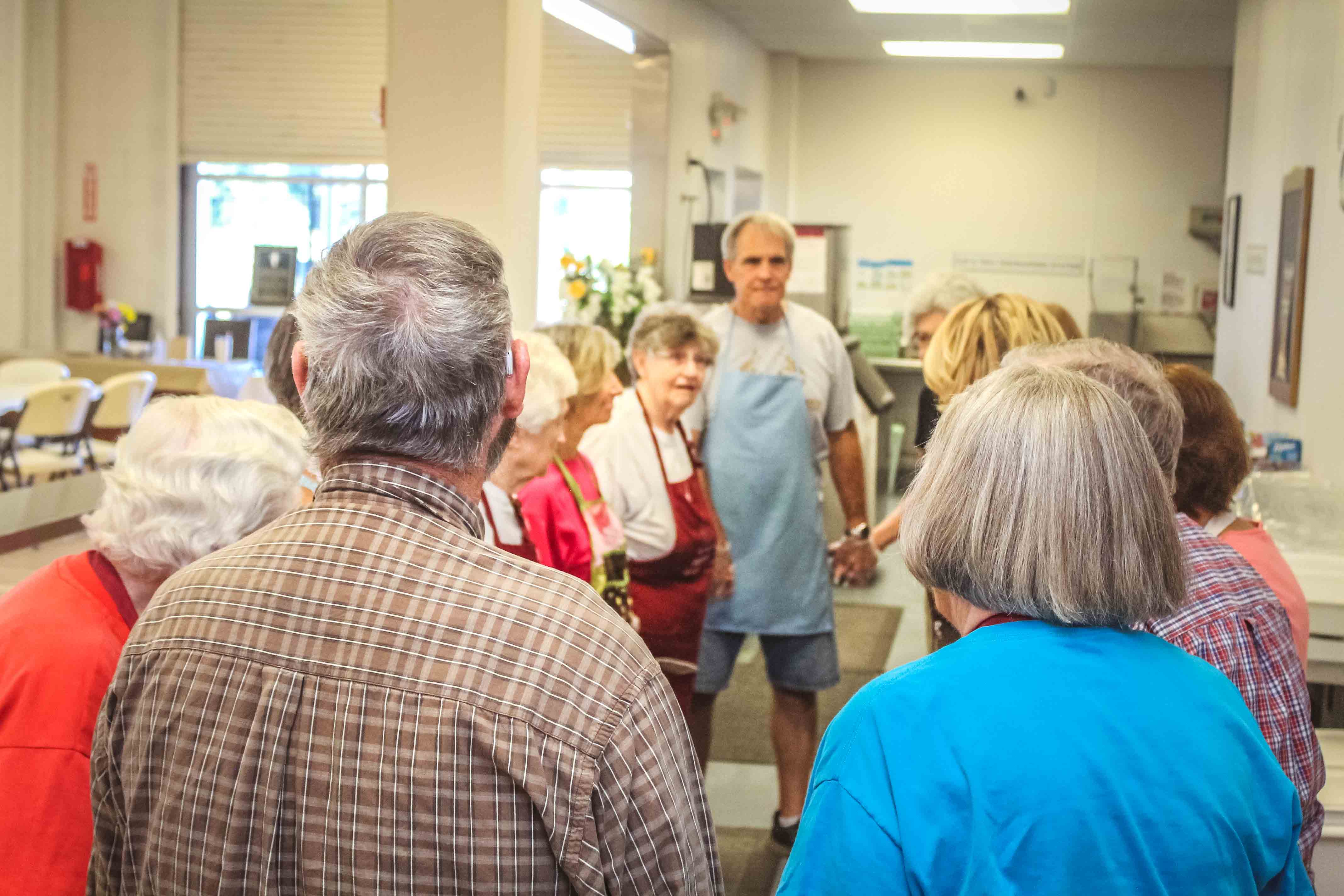 We seek to serve the poor and homeless of our community by sharing the love of God and giving them: Food for Their Bodies, Kindness for Their Souls, and Hope for the Future.

The Spartanburg Soup Kitchen is an inter-denominational, inter-faith ministry, made up of a partnership of various individuals and organizations across the Upstate. We share a common belief that when we serve those in need, we serve God.

“God has placed some people on earth to help show others that no matter what storm they’re going through in their lives, there is a rainbow on the other side of it.”

We believe that our children are our most valued guests. The Spartanburg Soup Kitchen has created a Children’s Corner which is set apart from the adult dining area. The volunteers prepare and serve meals to the children in this area, which also provides an opportunity for volunteers to engage in special activities with the children. Volunteers read stories, assist the children with artwork projects and a variety of other events.

The Soup Kitchen began in February 1981. The members of Second Presbyterian Church made sandwiches for a few hungry people who were behind their new gym. Over time, the number of people grew from only a few to several hundred people daily. The soup kitchen evolved into a permanent mission housed in the church gymnasium.

After two decades, the need for a more efficient facility became apparent so the journey to relocate began.

In October 2009, The Spartanburg Soup Kitchen was officially formed after obtaining a 501c3 status. City rezoning for a soup kitchen was approved in summer 2010. This property, 136 S. Forest Street, was then purchased in August, 2010 to be the new location.

Construction began in June 2011. Work continued for several months until the building was ready in May 2012.

After 30 years, The Spartanburg Soup Kitchen had a new home and continues the mission started by Second Presbyterian Church of feeding the hungry in our community.

Impact On Our Community

I am very proud of the Spartanburg Soup Kitchen and the good service that they provide. Keep up the good work (Colossians 3:17)!

Selfless people who give their time and resources to help those less fortunate.

I volunteer here at least once a month. The volunteers are glad to help and the new facility is very well organized and clean. If you know anyone that needs a good meal, send them here.

A beautiful facility with wonderful dedicated people who volunteer their time to help. A very good hot meal served with respect and compassion. We need more of this in every community.